At a large hospital such as Odense University Hospital, the physical distance between departments, laboratories, etc. can be considerable, and the staff spends both time and effort getting from one end to the other.

The purpose of the HUBOT robot was to relieve the staff by arranging transport of blood samples on ice, blood samples under heat, urine containers and project blood samples, which cannot be sent by pneumatic dispatch and tempus blood sample transport.

Every morning at 5 am, HUBOT arrives at three of OUH's intensive care units to collect the blood samples from that morning. Before HUBOT, a nurse had to leave the ward and patients to transport the samples. HUBOT has freed up approximately 2.5 hours daily, which were previously spent walking back and forth. These hours have freed up time for more research, care and treatment for the patients.

OUH has programmed and set up the robot, which has provided a good insight into the technology as well as an understanding of how staff and patients interact with an AMR. The implementation and reception among the health professionals has been a high priority, and HUBOT was well received and has brought smiles to both staff and patients. A competition for the name contributed to a sense of ownership among users from the start.

The primary advantages of HUBOT are:

The video below is a presentation video released for HUBOT's first test drives.

The project was financed by New OUH as well as by the Department of Clinical Biochemistry and Pharmacology and by Facilities Management at OUH.

For the first test period, the robot was on loan from SDU Robotics. After testing, OUH purchased the robot for operation. 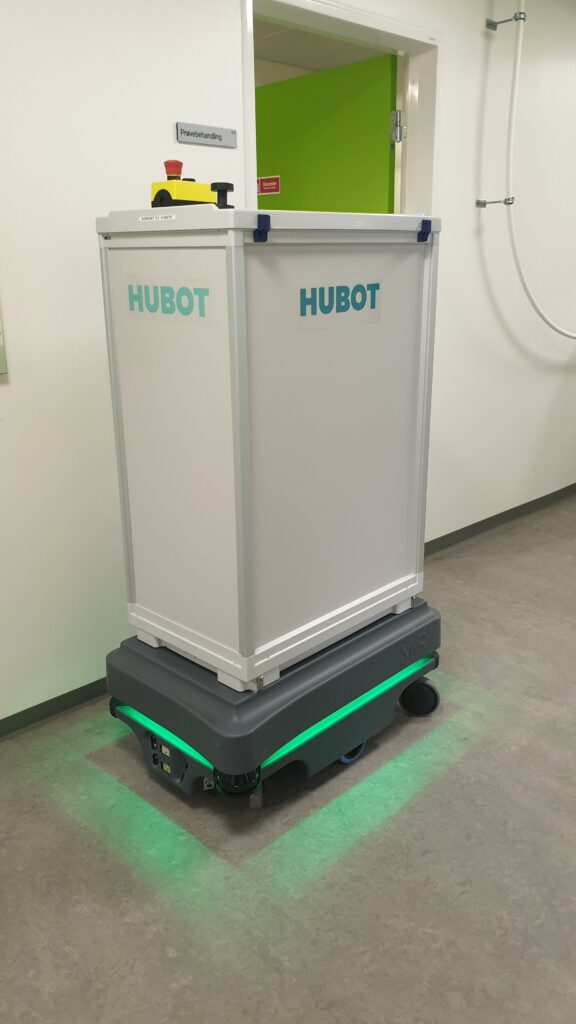